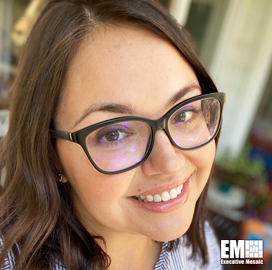 Jessica Tavasti Davis is the director of government programs and initiatives at Microsoft, working out of Washington, D.C. Her tenure with the technology company has included exposure to a variety of opportunities involving marketing, account management, strategic planning and operations, according to her LinkedIn profile.

Davis joined Microsoft as a federal marketing coordinator in September 2008. Since then, she has taken on more responsibilities until being appointed to support the company’s federal civilian sales unit in February 2021. In her current role, she focuses on the government’s transformational efforts, aligned to policy and programs like the President Management Agenda, Cloud Smart and the American AI initiative, her profile reveals.

Davis is active in many industry associations, including, the Armed Forces Communications Association Bethesda and the American Council for Technology’s Industry Advisory Council. She was named one of the top 40 “rising stars in the federal government” by DCA Live.

Before joining Microsoft, Davis was the director of admissions at ComputerTraining .com. In that role, she was responsible for meeting with an average of 75 prospective students each month to present detailed information about the school’s curriculum and certification programs.

Davis’ first professional experience was as an operations supervisor at Innovative Consultants.

Davis earned her bachelor’s degree in English, business and technical writing from the University of Delaware.