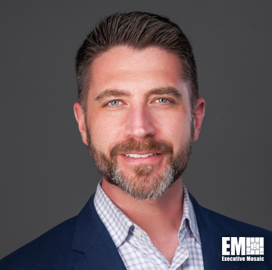 Jim Gwiazda, Assistant VP for the East Region at AT&T

As assistant VP, Gwiazda is responsible for ensuring that the telecommunications company provides value to organizations within the public sector.

Gwiazda has been leading AT&T’s Eastern operations since August 2020 and is based in Washington, D.C., according to his LinkedIn profile.

Prior to his current role, he oversaw the West region, providing operational and strategic sales leadership.

Gwiazda has been with the company since 2000. During his first seven years at AT&T, he progressed through various positions with increasing responsibility, including as mobility service manager, supervising multiple accounts.

He worked as federal civilian director for five years and led the business’ double-digit growth. After that, he was promoted to the role of assistant VP for the federal civilian segment, leading a team responsible for mobile, network and professional service engagements for federal public sector accounts.

The operations expert joined the Dallas, Texas-headquartered telecommunications company after a 12-year career within the U.S. Army Reserve.