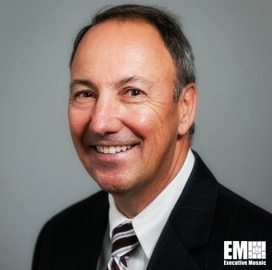 As vice president for the public sector at Symantec, Jim Kunkle heads the federal, SLED and health care teams responsible for the building and maintenance of contracts, channel infrastructure and business development.

Headquartered in Mountain View, California, the company provides security, systems management, and identity protection solutions for the public and private sector markets, according to his LinkedIn profile.

Since June 2015, Kunkle has been leading the organization’s public sector business, which consists of the federal and state and local government, education and healthcare.

Prior to the role, he served for over seven years as senior director for the Department of Defense, overseeing the Air Force, Navy, Marines and Pentagon intelligence business in the Pacific Rim region.

The acquisition is seen to enhance Accenture's anti-cyber threat capabilities and support its claim as a premier provider of managed security services.

Before joining Symantec in June 2006, Kunkle was a federal strategic account manager at Mercury Interactive. From 2002 to 2006, he led the company’s Navy and intelligence business, exceeding the sales quota by 140 percent in 2005 and 120 percent in 2004.

Previously, he held the position of federal sales executive at Veridian, responsible for Veritect intrusion detection software and managed services.