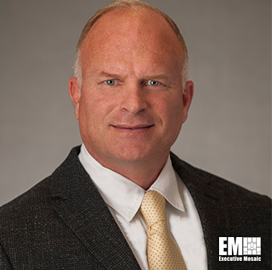 Jim Miller is the vice president of operations at Sarcos Defense, a subsidiary of Sarcos Technology and Robotics Corp. The company is a Salt Lake City, Utah-based manufacturer of industrial and military robots as well as exoskeletons, wearable devices that assist in physical movement and task performance.

Miller took up the role in June following two years as Sarcos’ chief operating officer. He is also currently a member of the advisory board of ASTM International’s Exoskeleton Technology Center of Excellence, according to his LinkedIn profile.

He joined Sarcos in 2019 as VP of defense solutions, taking charge of the company’s military strategy and global industry relationships. Prior to joining the company, Miller served for almost three decades in the U.S. Army. His most recent position was as the commander of the Joint Acquisition Task Force Tactical Assault Light Operator Suit, overseeing senior operators from across the military services as well as design engineers and subject matter experts.

Miller earned a master’s degree in strategic studies from the U.S. Army War College and a bachelor’s degree in business administration from Bucknell University.