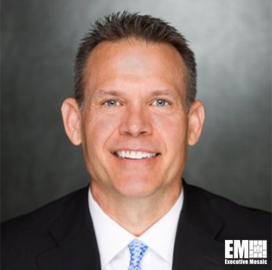 Jimmie Adkins serves as Hitachi Vantara Federal's vice president of sales. He is a 30-year veteran of providing wired and wireless networking solutions to federal customers.

Adkins is responsible for overseeing HVF's sales activities and delivery, in addition to providing consultancy services to customers across all aspects of the federal government.

Before he joined HVF in September 2019, Adkins was CommScope's VP of Ruckus Federal. He used his background in networking to support government initiatives related to internet of things and data infrastructure modernization.

Adkins previously served as a senior director at Brocarde. He led a team of information technology sales professionals who work with Department of Defense agencies to modernize their networks. His team specialized in networking solutions and data center and enterprise solutions.

He also worked as a regional sales manager at Foundry Networks, a networking hardware company that specializes in selling high-end ethernet switches and routers. It was acquired by Brocade in December 2008.

Prior to Foundry Networks, Adkins was the VP of federal at Ruckus Networks. He led a team of IT sales professionals that supported the government's network modernization efforts.

Adkins briefly served as Subsidium's VP of federal sales. His work was focused on providing enterprise networking solutions to the federal government.

He also held engineering roles at Trident Data and – for nine years – at GTE. At GTE, he helped government customers automate their networks with new technologies at the time.

Adkins earned a bachelor's degree in telecommunications engineering from the University of Kentucky.