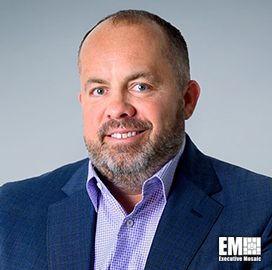 John Avalos serves as the chief operating officer of SOS International, a technology and services integrator in the aerospace, defense and government sectors.

The company added that it has experience operating in sensitive mission spaces and working in international regulatory environments such as ones in Latin America, Europe, Africa, the Middle East and Asia.

Avalos has more than 25 years of experience in the government defense, intelligence and civilian agency markets, according to SOSi’s profile. Before he joined SOSi in 2017, he helmed Booz Allen Hamilton’s business development organization.

Avalos also served as an executive board member of the Northern Virginia Chamber of Commerce, an advisory committee member of the Intelligence and National Security Alliance and a member of the board of directors of the National Spy Museum, according to his LinkedIn profile.