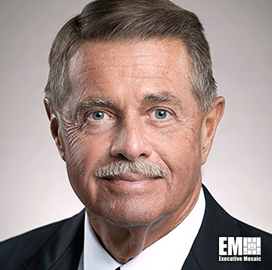 John Ed Boyington Jr. has been the president and chief executive officer of Vertex Aerospace since June 2018.

According to his LinkedIn profile, he previously held multiple senior leadership positions at what was then L-3.

He is the former president of L-3 Vertex Aerospace, where he led the execution of a portfolio of aviation programs with a global reach across a broad customer base.

In addition, he was the president of L-3 Flight International, which provided aerial services to U.S. government customers.

He also served for four years as the executive vice president of federal programs and site executive at L-3 Communications. The role put him in charge of an organization that provided aircraft modification, systems integration, component manufacturing and modernization services for customers such as NASA and the Department of Defense.

Boyington also had a stint as president and CEO at TENAX Aerospace and Galaxy Technologies.

He worked for DRS Aviation and Logistics as well. His focus was on the business line’s aviation sustainment modernization, avionics, mission training, tactical vehicles and mission support divisions.

A retired U.S. Navy rear admiral, Boyington held the positions of chief of naval air training and head of the Mine Warfare Command.

A profile on the Vertex Aerospace website shows that he completed his bachelor’s degree from the University of West Florida. He went on to obtain a master’s degree in aeronautical engineering from the Naval Postgraduate School and a master’s degree in national resource management from the Industrial College of the Armed Forces.