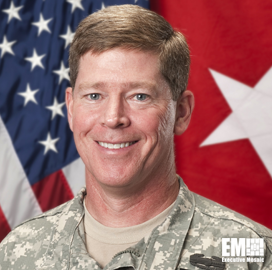 John McGuiness, a retired Army general, serves as the president of American Ordnance, a manufacturer of a range of medium and large-caliber ammunition, high-explosive projectiles, warheads and other munitions products.

According to its website, American Ordnance participated in the Armament Retooling and Manufacturing Support program at both sites. ARMS is an entrepreneurial government project aimed at maintaining a private-sector presence at inactive government facilities.

McGuiness has led organizations of varying sizes and complexity and boasts senior military leadership experience, according to his LinkedIn profile.

Before he joined American Ordnance in June 2016, McGuiness served as the president of JJM Ventures, a real estate company focused on advising clients on small and middle-market private equity.

He previously served as deputy commanding general of Army Research, Development and Engineering Command and as senior commander of the Natick Soldier Systems Center in  Massachusetts.