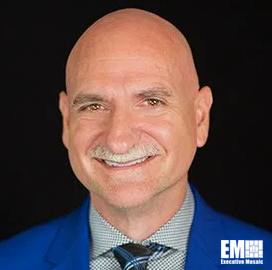 John Quinn is the co-founder and chief executive officer of Exos Aerospace, a developer of reusable launch systems based in Greenville, Texas.

Before taking on the role of CEO, Quinn was the company’s chief operating officer for six years. As COO, he played a key role in the development of hypersonic reusable launch vehicles as part of a Small Business Innovation Research contract with the Air Force, as well as in the execution of the company’s National Charter Enterprise model, according to his LinkedIn profile.

In addition to co-founding Exos Aerospace, Quinn established a number of other businesses earlier in his career.

His first venture was the establishment of Megawatt Control Solutions, which specialized in the development of autonomous algorithmic controls.

Intellectual property sales generated by MCS funded Quinn’s next company, Martin Systems and Technology, where he worked on submarine prototypes. He gained valuable government contracting experience at MST, which he now applies as one of the main leaders of Exos Aerospace.

Quinn holds a bachelor’s degree in instrumentation and controls from Regent University.