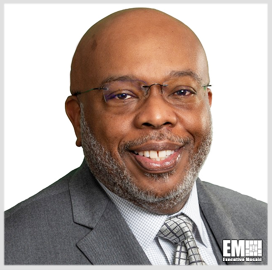 In his roles, Russell leads digital transformation at the company to improve the everyday experience of its employees, according to his LinkedIn profile.

His specialties include infrastructure energy, solutions delivery, system integration, architecture and operations, he adds in his profile.

Russell joined the company in September 2017 as a director, serving as infrastructure architecture and engineering lead.

From 2013 to 2017, he held various leadership positions at Leidos, including vice president, chief engineer and solution portfolio manager.

Russell also held leadership roles at the original Science Applications International Corporation before it split in 2013 into Leidos and the company that is now known as SAIC.

For over five years prior, Russell held staff-level engineering roles at Lockheed Martin, where he was responsible for the daily operations of the $800 million Requirements Management System.

He earned a master’s degree in software administration from Central Michigan University and a bachelor’s degree in electrical engineering and technology from Old Dominion University.