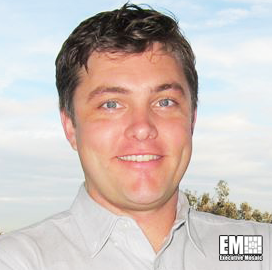 Jon Edwards is the vice president of SpaceX's Falcon line of launch vehicles. He leads a team of more than 100 engineers responsible for developing Falcon 9 and Falcon Heavy launch vehicles.

In the said role, Edwards is responsible for the cost, reliability and performance of the vehicle during all phases of Falcon development lifecycle, according to his LinkedIn profile.

He routinely briefs SpaceX President Gwynne Shotwell and CEO Elon Musk on the daily challenges and direction of the Falcon 9 program.

Edwards also works closely with the company's commercial and government customers, including the Space Force and NASA.

After graduating from Purdue University, Edwards joined SpaceX in April 2004 when the company had less than 50 full-time employees.

His first responsibility was to help develop and qualify the Merlin and Kestrel engines for the Falcon launch vehicle.

In 2006, he served as the lead engineer of the Kestrel engine and the engineer responsible for the Falcon 1's second stage.

His role was expanded to include vehicle-level trade studies, systems engineering and integration, test and launch support.

Edwards earned a master of business administration from Indiana University's Kelley School of Business and both a master and bachelor of science in aeronautical and astronautical engineering from Purdue University.