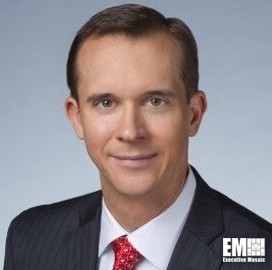 Jon Rambeau, VP and GM of the Integrated Warfare Systems and Sensors Business at Lockheed Martin

Jon Rambeau is a long-time Lockheed Martin executive currently serving as the vice president and general manager of the company’s integrated warfare systems and sensors business.

In his role, Rambeau is in charge of the strategic, operational and financial performance of Lockheed’s missile defense, radar, shipbuilding, directed energy and combat system integration programs, according to his LinkedIn profile.

Rambeau initially worked for Lockheed as a mechanical engineer. He was later promoted to program manager and appointed to several VP positions.

A recognized business leader, Rambeau has been included in Aviation Week’s 2012 list of Top 40 Professionals Under 40 in the global aerospace industry.

He is also a published author. His first book, titled “Breaking Away From the Pack: How to Spend Your Career Currency to Work Smarter, Move Faster, and Reach the Top!” focuses on career development and advancement.

Rambeau graduated from Drexel University with a bachelor’s degree in mechanical engineering. He also attended The Wharton School of the University of Pennsylvania, where he earned a master’s degree in technology management.