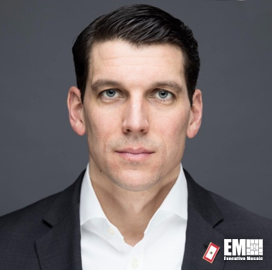 Jonathan Moneymaker is the chief executive officer of BlueHalo, working out of Arlington, Virginia. He is described as a hands-on executive leader who brings energy and passion to his organizations, driven by “a desire to affect change, align business goals, and set strategic direction.”

Moneymaker’s LinkedIn profile reveals that he has a track record of successfully growing and executing diverse portfolios of business. He is further described as having the ability to blend large corporate discipline together with an entrepreneurial mindset, traits that allow him to translate strategic visions to bottom-line results for shareholders.

Moneymaker has been CEO at BlueHalo, a maker of space superiority, directed energy and missile defense products, for two years, his LinkedIn profile shows. Under his leadership, the company has focused on the development of next-generation military capabilities, including directed energy weapons.

Moneymaker currently serves as a board member of the National Defense Industrial Association. He also sits on the board of the University of Southern California’s Viterbi School of Engineering.

Moneymaker earned his industrial and systems engineering degree from USC.