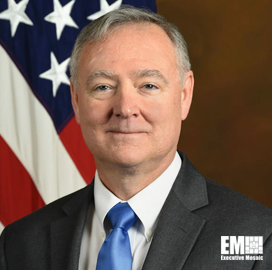 Joseph Evans, Director for 5G at Department of Defense