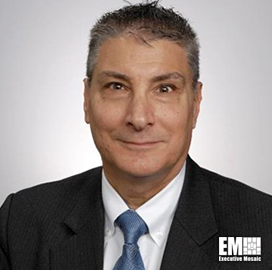 Joseph Palermo is the business development director for space and airborne system mission networks at L3Harris Technologies, heading efforts to provide network and surveillance capabilities to domestic and international customers in the aviation, defense intelligence, security and space sectors. He oversees direct interaction with clientele such as the Space Development Agency, the National Geospatial-Intelligence Agency and Customs and Border Protection.

Palermo’s other responsibilities include coordinating with L3Harris’ profit and loss and business execution teams as well as mentoring a team of four business development principals to advance capture opportunities, according to his LinkedIn profile.

Palermo, a Potomac Officers Club member, was briefly senior director of sales for U.S. defense, intelligence and security at ICEYE, a satellite manufacturer based in Finland. He oversaw business development and sales of synthetic aperture radar products and services to American clients such as the federal government.

From 2015 to 2021, Palermo was geospatial business development and engineering manager at Parsons, heading long-term strategies for driving business growth and improving the company’s internal structure. He was the primary liaison for NGA, handling multiple indefinite-delivery/indefinite-quantity contracts worth over $120 million for various engineering and enterprise services.

He did similar work during a nine-year stay at Booz Allen Hamilton as a geospatial engineering program manager, supporting government customers such as the Office of the Undersecretary of Defense for Acquisition, Technology and Logistics and the Federal Aviation Administration.

Palermo served for six years as a commercial airline pilot for Comair, a Delta Air Lines subsidiary that ended operations in 2012. Earlier in his career, he worked in various system engineering positions at Lockheed Martin, BAE Systems and L3Harris.

From 1986 to 2015, Palermo was a U.S. Navy aviator and a Space Cadre information warfare officer. His other roles included time as a foreign military sales officer, operations director and international relations director.

He earned a Master of Business Administration degree with a focus on global business strategy from George Mason University and a bachelor’s degree in aerospace engineering from Pennsylvania State University.