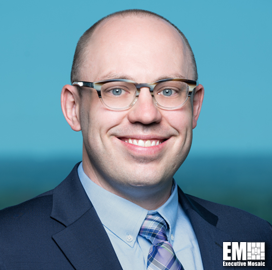 CollabraLink Technologies has promoted Josh Bailes as its new executive vice president of digital services. In his new role, Bailes will lead the expansion of the company’s digital transformation portfolio to include federal customers.

He was previously the vice president of operations, where he was responsible for digital modernization programs implemented at federal civilian agencies, including the Department of Labor and the Centers for Medicaid and Medicare Services, Executive Biz reported.