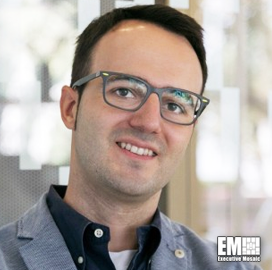 Juan Aparicio Ojea is the vice president of product at READY Robotics, a company that develops and supplies innovative automation solutions.

Ojea is responsible for guiding the company’s product strategy. He focuses on advancing Forge/OS into a widely adopted, cross-brand robotics and automation platform that accelerates the distribution of industrial automation, according to his profile posted on LinkedIn.

He assumed his role in March after spending more than 10 years at German automation company Siemens.

From May 2016 to February this year, Ojea served as head of Siemens’ robotics and artificial intelligence research group as well as senior director of research and development engineering.

His responsibilities under the roles included leading a team of project managers, team leads, researchers, engineers and interns based in Berkeley, California.

He began his career at Siemens in 2010 and first worked as a software engineer and project lead. He designed and developed tools and models used for assessing smart grid communications deployed in complex environments.

His LinkedIn profile shows that he is a graduate of Universidad Politecnica de Madrid with a bachelor’s degree and a master’s degree in telecommunications engineering.