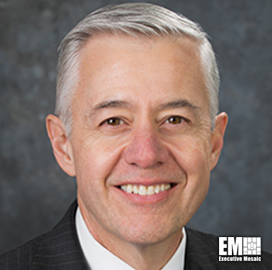 Kenn Todorov is the sector vice president and general manager at Northrop Grumman, bringing into the role more than two decades of experience in leading organizations.

According to Todorov, the company’s FAAD C2 system has been deployed in missions across forward operating bases and other international sites since 2005.

Specifically, the FAAD C2 has been used in C-UAS and counter-rocket, artillery and mortar missions owing to its performance and easy integration with existing sensors, effectors and warning systems that open opportunities for real-time defense against short-range and maneuvering threats, Northrop Grumman said.

He promoted the FAAD C2’s continuous evolution amid the emergence of new threats like sUAS and committed to maintaining the system’s reliability to protect deployed troops.

Before joining Northrop Grumman in April 2106, Todorov completed a three-decade service career in the U.S. Air Force and retired as a brigadier general.

He earned his bachelor’s degree in history from Siena College and his master’s degrees in business administration from National University, national security from the Naval War College and strategic studies from the Air War College.