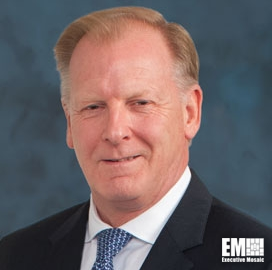 Previously, he also served as the vice president of finance of Lockheed Martin’s rotary and mission systems and space segments for over five-and-a-half years and 10 months, respectively.

Possenriede attended Rutgers University, where he earned his bachelor’s degree in economics. He also obtained a master of business administration degree from the University of Michigan.