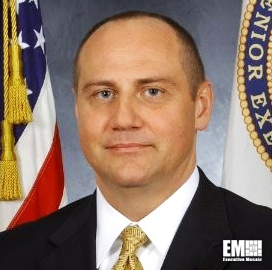 Kim Denver has been serving for nearly eight years as senior vice president of contracts, procurement and pricing at Leidos, a technology company headquartered in Reston, Virginia.

Leidos’ core specialties are digital modernization, cyber operations, mission software systems, integrated systems and mission operations, the company says on a corporate brochure. On its website, the company adds that it is focused on serving clients in the civil, defense, health and intelligence markets.

Denver joined Leidos in April 2013 as corporate contracts director, according to his LinkedIn profile. He was responsible for executing a multibillion-dollar portfolio of federal, commercial and international contracts, ExecutiveBiz reported.

Prior to joining Leidos, Denver served for nearly two years as the deputy assistant secretary of the Army for procurement.

He previously served for three years as director of the U.S. Army Corps of Engineers’ National Contracting Organization.

From 2003 to 2008, Denver was the principal assistant responsible for contracting and acquisitions for the Army’s Program Executive Office Simulation, Training and Instrumentation.