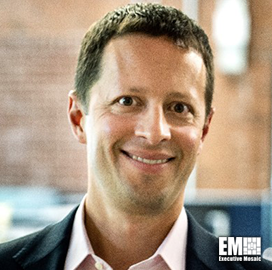 Labelbox, a training data company, has tapped Josh Beard to lead the company's federal sales. He will be responsible for supporting the artificial intelligence and machine learning efforts of customers from the federal, military and intelligence agencies.

“Artificial intelligence and machine learning are at the vanguard of exciting new federal initiatives to make government more efficient and responsive and to better protect our citizens,” CEO Manu Sharma said.

Beard most recently served at Markforged as federal sales leader, supporting the additive manufacturing and 3D printing needs of the Department of Defense, Intelligence Community and civilian markets, AiThority reported.

He spent nine years working at IBM as a WebSphere software sales representative and as a software architect.

Beard's other prior roles include managing director at IonAmericas, cloud and application automation specialist at BMC Software, cloud management specialist at VMware and regional director for federal at AppDynamics.