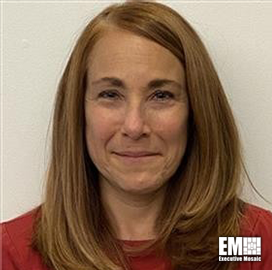 Laine Klein is the senior vice president of global mission solutions at Amentum. In June, Klein was selected as one of four executives to lead a newly formed national security group within the company. She leads its intelligence segment, the result of Amentum’s $1.9 billion acquisition of PAE in February.

From August 2013 through January 2020, Klein worked for AECOM subsidiary URS Corporation. In that company, she also held the position of SVP of global mission solutions.

From April 2011 through July 2013, she served as executive director of analysis and processing at Computer Sciences Corp., where she was chosen to oversee a new, consolidated profit and loss organization encompassing the company’s analytics programs. Her tasks included planning and managing operations as well as business development and branding, her LinkedIn profile says.

While at CSC, Klein also served as executive director of its Army division, handling business profits and growth, providing guidance and cultivating client relationships. During a prior stint at the company between 2008 and 2009, she was operations director for its national intelligence division, which maintains the information technology infrastructure for the CIA, National Reconnaissance Office and other intelligence community organizations. She was also a senior program executive responsible for diplomatic communications services to the Department of State and other agencies.

Between her stints at CSC, Klein was a capture executive and senior manager at General Dynamics Advanced Information Systems, now GD Mission Systems, where she focused on growth in the geospatial intelligence market.

At the start of her career, she held leadership roles at BearingPoint, Science Applications International Corp. and Anteon.

Klein holds a Master of Business Administration degree in management from Strayer University. She attained her master’s and bachelor’s degrees in criminology from the University of South Florida.