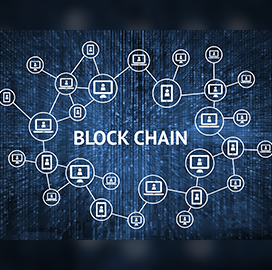 The newly proposed Advancing Blockchain Act will increase the government's focus on exploring the potential applications of blockchain technology besides cryptocurrency applications, according to proponent Rep. Brett Guthrie.

Guthrie's bill is part of a legislative package of 15 emerging technology bills proposed by Republicans from the House Energy and Commerce Committee, Nextgov reported.

“America is a nation of innovation and enterprise, and we need to keep it that way. We cannot let China beat us," Guthrie said in a press release.

Blockchain is a technology that involves chaining together digital information stored in a public database. It has traditionally been used to secure sensitive information like transactions.

The Advancing Blockchain Act would direct the Federal Trade Commission and the Department of Commerce secretary to jointly advance the decentralized, distributed ledger technology over two years.

They would then submit several recommendations to Congress to inform the United States' implementation of the technology, Nextgov reported.

Guthrie also introduced the Countering Online Harms Act, which will help explore how artificial intelligence technologies can be used to counter online misinformation, illegal content and other dangerous content.

The legislation will help assess the extent of the potential for fraud and hacking, which Guthrie said are commonly associated with AI.

Guthrie said the bill "will help us better understand the extent of these problems and how we can counteract them so we can move forward with the development of beneficial new technology.”

The other bills in the package include provisions for 3D printing, advanced quantum computing, internet of things, drone delivery services, facial recognition and others.

Greg Walden, the Republican leader of the Energy and Commerce Committee, said the United States must develop and adopt emerging technologies to maintain its national and economic security.