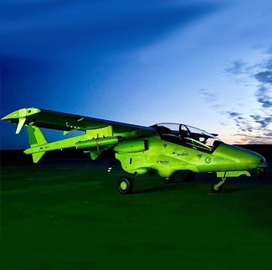 A team led by Leidos has advanced to the final stage of the U.S. Special Operations Command’s Armed Overwatch aircraft prototype program.

Leidos said it is working with Paramount USA and Vertex Aerospace to prepare its Bronco II aircraft for an operational prototype demonstration within June.

“Our team combines decades of experience both integrating and manufacturing cutting-edge airborne solutions for the warfighter,” Fasano said.

The Leidos-led team is one of five sharing the $19.3 million pot for Phase III prototype demonstrations.

The other contenders and their proposed aircraft are MAG Aerospace and the MC-208 Guardian, Textron Aviation Defense and the AT-6E Wolverine, L3Harris Technologies and the AT-802U Sky Warden, and Sierra Nevada Corporation and the MC-145B Wily Coyote.