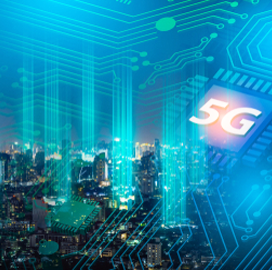 Lockheed Martin has entered into a strategic interest agreement with Omnispace, a telecommunications company, to jointly pursue 5G capabilities in space.

Rick Ambrose, executive vice president of Lockheed Martin’s space division, said such a space-based 5G global network would allow users to easily transition between satellite and terrestrial networks, eliminating the need to use multiple devices. Ambrose is a member of the Potomac Officers Club and a 2021 Wash100 winner.

According to Omnispace, the NTN will use 3rd Generation Partnership Project standards to enable direct-to-device connectivity and interoperability.

The test was conducted at LinQuest’s Northern Virginia laboratory in collaboration with the National Security Innovation Network, the Navy and the Marine Corps.

Campbell Marshall, vice president of government and international markets at Omnispace, said the capability will provide warfighters with global connectivity and “true comms-on-the-move.”

Omnispace is a Virginia-based telecommunications company that operates global non-geostationary satellite infrastructure to provide services across the Asia Pacific region, South America, Africa and the Middle East, according to its LinkedIn profile.

Lockheed is a global security and aerospace company headquartered in Bethesda, Maryland. The company says it specializes in the research, design, development, manufacture, integration and sustainment of advanced technology systems, products and services.