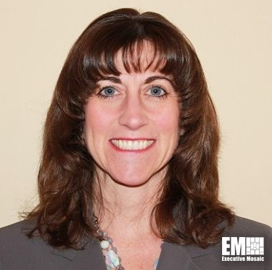 Lori Stallard is the vice president of business development and capture strategy at Leidos.

Before serving in the role, Stallard spent more than a year managing a team of business development and capture professionals at Lockheed Martin, focusing on civilian agencies.

In 2016, she led the sale of Lockheed Martin’s information systems and global solutions businesses to Leidos. The acquisition was announced in January 2016 and closed in April of the same year.

Since then, she has been responsible for leading business development and capture professionals focused on new business growth within the Department of Homeland Security, according to her LinkedIn profile.

She left Lockheed in 2008 to join BAE Systems to help grow its DHS business. After almost three years, Stallard moved to General Dynamics Information Technology to serve in a similar role, which she held for over three years.

Between 2013 and 2018, Stallard served as chair of the Professional Services Council’s DHS Vision Team, which consisted of 70 people working together to interact directly with the government.

The defense industry veteran is a graduate of the State University of New York, College at Oswego, where she earned her bachelor’s degree in mathematics and business administration.