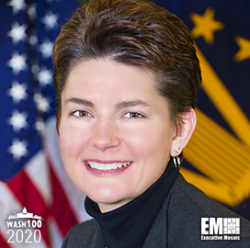 Roat cited the possible disruption of quantum computing, an emerging technology that is widely believed to be capable of invalidating existing encryption methodologies.

The government should also invest in modern zero-trust security architectures and scalable cloud solutions to allow themselves to take advantage of emerging technologies in the future, Roat said during the Billington Cybersecurity Summit.

“Even as I’m modernizing some of our old systems, our legacy systems, I have to make sure that our current systems as well are keeping up,” she added.

Roat noted that over the past several months of the coronavirus pandemic, federal agencies invested in modernizing systems and bolstering their defenses against increasingly common cyberattacks.

She added that both the private and public sectors saw a “huge escalation” in cyberattacks because of the shift to telework.

The deputy CIO also warned of the challenges of insider threats involving federal employees who – intentionally or not – post confidential government information on social media.

Roat also urged employees to be on the lookout for actors misusing their agency's brand or offering fake services, a problem reportedly rampant on Twitter and Facebook.

Posted on September 9, 2020 by Robert Johnson