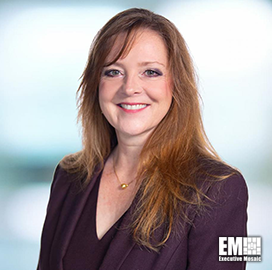 Marion Kennedy, Vice President for the Intelligence Market at LMI

Marion Kennedy, a member of the Potomac Officers Club, serves as vice president for the intelligence market at LMI, a consultancy firm that offers expertise in analytics, digital services, logistics and management to the government.

Kennedy has served for more than 25 years in both government and private-sector roles supporting the Intelligence Community, LMI said.

Prior to joining LMI in September 2021, she served as the executive for federal growth at Torch .AI, LMI said in a press release.

Her work at Torch .AI was focused on growing the company’s artificial intelligence and machine learning data orchestration for government users.

Kennedy was previously senior vice president of E3 Federal Solutions, where she is credited with establishing an intelligence division.

While at Scitor, she directly helped senior Intelligence Community officials develop strategies, policies and structures. Her tenure at the company culminated in her role as sector vice president for national services.

Kennedy is a member of the advisory committee of the Intelligence and National Security Alliance, a nonprofit trader organization that promotes public-private partnerships in national security.

She earned a bachelor’s degree in Russian studies from George Mason University and a master’s degree in systems management from Capitol Technology University.