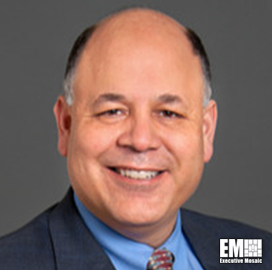 As CBO, Escobar leads the company’s Enterprise Solutions and Operations organization, which allows SAIC to deliver mission and technology support to its clients. He was the general manager of the National Security customer group before becoming the CBO. In that leadership role, he supported intelligence community customers, the U.S. Air Force, combatant commands and several DOD offices and agencies. He also held other managerial positions in support of NASA, the U.S. Army, the Office of the Secretary of Defense and the National Science Foundation. He joined the company in 1999, SAIC said.

He held multiple leadership positions at Boeing Information Services before joining SAIC. He was a chief technologist, engineering department manager and outsourcing chief engineer for several NASA programs at the Boeing component, which was acquired by SAIC in 1999.

Escobar was also an employee within the Office of the Secretary of Defense, where he oversaw support and operations. He was an officer for the Air Force from 1987 to 1991 in support of the 7th Communications Group. He also taught computer science and statistics at the Fiji Institute of Technology when he was with the U.S. Peace Corps.