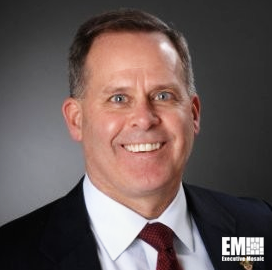 Mark Healy has been the vice president and general manager for national defense at Ball Aerospace since January 2020.

With over three decades of experience in aerospace, defense and commercial technology, he leads the unit that manages the portfolio of space systems and innovation for customers in the public and private sectors, according to his LinkedIn profile.

Under Healy's watch, the Colorado-based defense contractor, together with Booz Allen Hamilton, received a contract from the Space Rapid Capabilities Office to serve as the prime system integrator for the SpRCO Ground Command, Control and Communications system.

Healy said the GC3 System Integrator program offers a foundation to work with SpRCO and other space resiliency mission partners to develop and deliver advanced capabilities to support the warfighter.

Under the contract, the company is tasked with developing a multi-mission ground system for SpRCO. It will also support satellite operations capabilities to provide continuous modernization through automation, flexibility and commonality.

The award will add to Ball Aerospace’s track record of supporting ground systems integration and support, including command and control operations, for critical civil and national defense programs.

Before joining Ball in 2003, Healy was a vice president at National Intelligence Systems, where he was in charge of all programs supporting the intelligence community. His main responsibility was to execute development programs.

Healy also served as senior director for the National GEOINT Space mission area, carrying out programs and developing business in the geospatial-intelligence community.

He held systems engineering and program management roles at GE Aerospace and Lockheed Martin and took on technical leadership positions in the telecommunications industry.

During his years of service in the Army, he was a paratrooper and combat engineer with the 82nd Airborne Division and 18th Airborne Corps.

Healy earned his bachelor’s degree in engineering from the United States Military Academy at West Point.