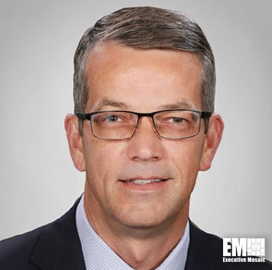 Mark Whitney, President of the Nuclear Business Unit at Amentum

Mark Whitney, a nuclear industry veteran, serves as the president of Amentum’s nuclear and environment strategic business unit. He oversees administrative operations support functions for the company’s work with the U.S. Department of Energy and the U.K. Nuclear Decommissioning Authority.

Whitney has 20 years of leadership experience in the government and private sector supporting DOE and the National Nuclear Security Administration.

Prior to joining Amentum, Whitney served as the principal deputy assistant secretary for DOE’s Office of Environmental Management.

He previously served as the acting assistant secretary for environmental management and the manager of the EM office at Oak Ridge.

The NNSA is a U.S. federal agency responsible for maintaining the effectiveness of the country’s nuclear weapons stockpile and for reducing the global danger from weapons of mass destruction.

Whitney earned a bachelor’s degree and a Master of Business Administration degree in finance and investments from George Washington University. He is also a graduate of the DOE’s Nuclear Executive Leadership Training Program.