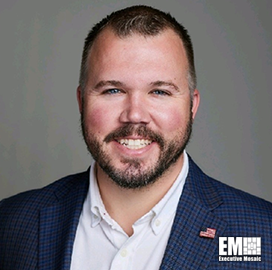 Matt McCrann, CEO of DroneShield US

The industry veteran is experienced in business development and sales, strategy, emerging technologies and executive and cross-functional leadership.

McCrann, who joined DroneShield in 2019 as vice president of sales, has been the company’s CEO since January, according to his LinkedIn profile.

As sales VP, he oversaw the growth and scaling efforts of DroneShield’s U.S. operations.

The executive also handled various leadership roles before joining DroneShield. He was the director of sales and business development at Camvi Technologies from January to September 2018.

Other positions that he previously held are director of government programs at Tecore Networks and test and integration manager at G3 Technologies.

McCrann also served as an intelligence analyst at the U.S. Navy for four years. He was also a member of the National Security Agency‘s Cryptologic Direct Support Element.