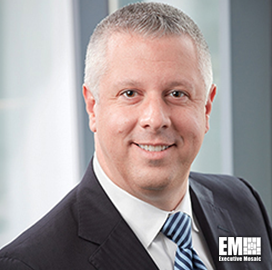 Matt McQueen serves as senior vice president and chief communications and engagement officer at Peraton, a government contractor that specializes in information technology and national security.

Peraton offers technology and engineering solutions to federal clients in the space, intelligence, cyber, defense, homeland security, civil and health sectors, according to the company’s website.

In his role, McQueen serves as Peraton’s senior communications adviser and leads a team of professionals in global engagement and communications.

McQueen joined the company in December 2017 as vice president and chief communications officer. He was promoted to his current role in May 2021, according to his LinkedIn profile.

Prior to Peraton, McQueen spent more than 18 years at aerospace and defense company Northrop Grumman. He served as the director of communications at Northrop’s former cyber and intelligence missions solutions and space intelligence, surveillance and reconnaissance systems divisions.

He was previously Northrop’s sector director for global strategic and external communications, acting as the unit’s primary spokesperson and liaison to external stakeholders. McQueen also held various government and industry relations roles at the company.

McQueen earned a master’s degree in organizational science from George Washington University and a bachelor’s degree in international relations from the College of Wooster.