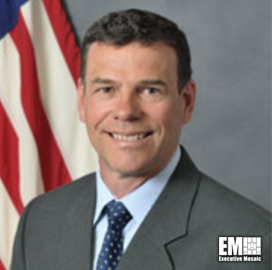 Matt Molloy is the director of the National Security Group Program Management Office at Dell Technologies. He has been holding this position since November 2018.

Molloy oversees a group that provides advanced enterprise IT infrastructure and solutions for mission-critical environments. NSG PMO supports the Department of Defense and the Intelligence Community in their digital transformation efforts by providing various cloud-based software and services.

The Dell director was a commander at the U.S. Air Force Operational Test & Evaluation Center before taking up his role at the technology company. From 2015 to 2018, he managed and led the execution of operational testing and evaluation of warfighting capabilities, including the F-35 Joint Strike Fighter, the B-21 stealth bomber and various cyber networks, according to his LinkedIn profile.

Molloy was deputy director for operations at the U.S. Northern Command from 2013 to 2015. In this role, he provided strategic guidance in support of USNORTHCOM’s missions, including land, maritime and homeland defense air operations.

He was the commander of the Joint Warfare Analysis Center from 2007 to 2009.

Molloy holds a bachelor’s degree in aerospace engineering from the University of Colorado Boulder and master’s degrees in aerospace science, military sciences and national security strategy from various universities.

Dell offers hardware, software and cloud services to consumer-level, private industry and government customers. It is headquartered in Round Rock, Texas, and has multiple offices within and outside the U.S.