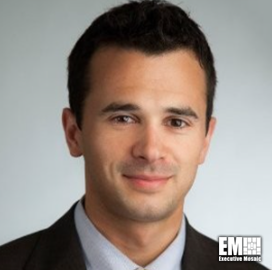 Matthew Monaco is the director of space and air traffic systems at Noblis, working out of Washington, D.C. His primary responsibilities include strategy, operations, business development, solution implementation and human capital development for the organization, according to his LinkedIn profile.

In his current role, Monaco oversees an organization focused on delivering innovation to civilian aerospace missions. His job sees him working on engineering for air traffic and space systems, space mission planning and design, and advisory services for air traffic missions, among others.

Monaco began his professional life as an intern at Booz Allen Hamilton, his only other corporate affiliation outside of Noblis.

Monaco volunteers as a triathlon coach. In this role, he provides swimming, biking and running coaching to participants who are striving to raise money while they train for endurance events.

Monaco earned his bachelor’s degree in electrical and electronics engineering from West Virginia University. He later earned his Master of Business Administration degree from Northwestern University – Kellog Schol of Management.