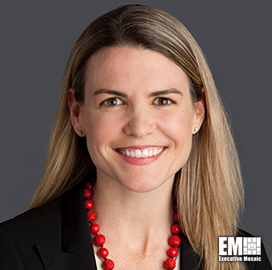 Maureen Davenport is the chief communications officer at auditing firm KPMG. She has been holding her current leadership role since February 2019.

Davenport used to serve as senior vice president and chief communications officer at the Federal National Mortgage Association. In that capacity, she handled corporate communications and oversaw corporate marketing tasks, according to her LinkedIn profile.

She started her professional career in 1997 as an account executive at the advertising company Ketchum. Other leadership roles that Davenport held are senior vice president of technology at Hill+Knowton Strategies and SVP of communications at the National Association of Manufacturers.

She holds a bachelor’s degree in English from James Madison University.

KPMG offers audit and assurance, tax and legal, advisory and private enterprise services to various industries, including finance, retail, industrial and energy and natural resources. It is headquartered in Amstelveen, Netherlands, and has multiple offices in the Americas, Africa, Asia, Europe and Oceania.

Posted on February 8, 2022 by Lawrence Carter