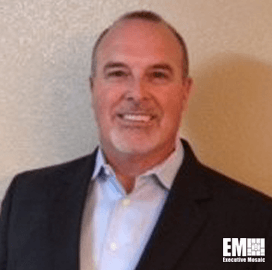 Michael Allen serves as business development director at Xator, a provider of command, control, communications, computers, intelligence, surveillance and reconnaissance solutions. He joined the company in October 2021 after a two-year career at Leidos where he was a business development head responsible for leading capture initiatives in counter unmanned aerial systems, training, information technology, intelligence and logistics for the company’s force protection business. Allen, a Potomac Officers Club member, was also in charge of developing a five-year force protection strategy with a $4B pipeline that is currently being executed at Leidos, according to his LinkedIn profile.

Prior to Leidos, Allen served as business development manager at Science Applications International Corp. In the said role, he was responsible for capturing Army intelligence opportunities, developing capture strategies, managing the capture team and overseeing the entire proposal process.

He also held the position of solutions architect at SAIC, providing the company with human and signals intelligence training subject matter expertise and leading the development and integration of SAIC’s Pinpoint family of signals collection and direction finding systems into the Army SIGINT and electronic warfare programs of record.

Before moving to the private sector, Allen served in the Army for 28 years, handling intelligence and personnel logistics and creating a training program that prepared soldiers for deployment.

He earned a bachelor’s degree in liberal arts from the Regents College of New York and studied leadership and management at the U.S. Army Sergeants Major Academy.