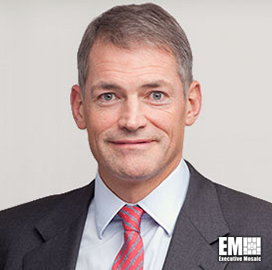 Michael Fisch is the managing director and chief executive officer of American Securities, a New York-based private equity company he founded in 1994.

He is also the managing member of the general partners of the American Securities Partners' series of private equity funds. He is likewise part of the investment committee of the funds handled by Ascribe Capital, a subsidiary of American Securities, the company said.

With a branch in Shanghai, the company provides capital for North American companies with yearly gross earnings between $200M and $2B, and annual income ranging from $75M to $250M.

Under his leadership, the organization and subsidiaries amassed nearly $23B in equity funds invested in 60 companies in various sectors. As of May 2018, the investment provider had partnered with 19 corporations that have more than 50,000 employees.

In February 2018, American Securities LLC announced the final closing of American Securities Partners VIII with aggregate fund commitments of $7B. The company closed the capital exceeding the $6B target set at the beginning of fundraising efforts in October 2017.

In October 2019, the company partnered with Lindsay Goldberg to acquire AECOM’s management services business for $2.4B. Three months later after the transaction, the acquisition team established a new company called Amentum.

Before establishing American Securities, Fisch was a partner in two private equity funds, a consultant in the Paris office of Bain & Company and a specialist in the mergers and acquisitions division of Goldman Sachs.

In addition, he is part of the investment committees of companies, including Sterling American Property's series of real estate funds, which purchased more than $3.5B in property; the ICV Partners series of private equity funds, which oversees at least $450M of equity pledges for the inner-city and ethnic minority businesses; and ACI Capital, which handles over $500 million in private equity capital centered on special situations.

Fisch earned his bachelor’s degree in economics and policy studies from Dartmouth College and a master’s degree in business administration from Stanford University’s graduate school of business.