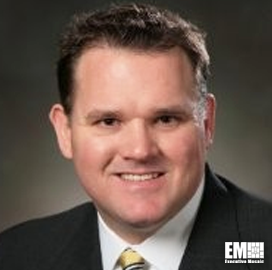 As CDO, Lewis is responsible for overseeing the strategic use of mergers and acquisitions to accelerate company growth, CACI said.

Before he joined the company in August 2016, Lewis served as SVP of government services aerospace and defense investment banking at Seabury Group.

He co-founded and served as managing director of Silverline Group, a defense and government consultancy provider. The firm specializes in due diligence activities related to mergers and acquisitions.

Lewis was managing director at The Silverline Group from December 2012 to April 2015, according to his LinkedIn profile.

TSG provides strategic consulting and advisory services to clients in the aerospace and defense and government services industries.

Lewis earned a Bachelor of Business Administration degree in finance from the University of Georgia’s Terry College of Business. He is also a Chartered Financial Analyst charter holder.

Posted on September 9, 2021 by Robert Johnson