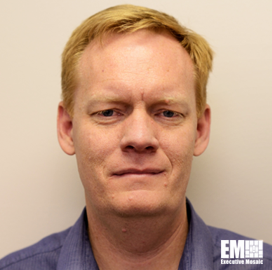 Michael VanWoerkom is the founder and president of ExoTerra Resource, an entrepreneurship company whose stated goal is to reduce the cost of space exploration through innovative space infrastructure systems.

Before he founded ExoTerra in February 2011, VanWoerkom was the mechanical manager for the Orion crew module, leading the structure and mechanism design efforts. He also worked on the XSS-11, Jupiter Icy Moons Orbiter, Genesis and Atlas V.

VanWoerkom spent 14 years in engineering roles at Lockheed Martin. He joined the company as a structure engineer on the Atlas V and later helped design the reentry capsule on the Genesis satellite.

He helped Lockheed win the Orion vehicle proposal by serving as lead for structures, mechanisms, ordnance and recovery systems.

VanWoerkom was a finalist for an individual National Stellar award and was part of the Stellar Award-winning Pad Abort Team.