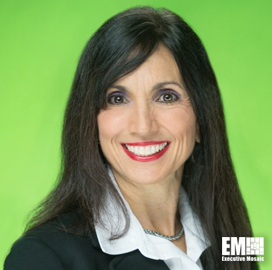 The company is focused on modernizing unreliable infrastructure and moving solutions and data to the cloud while ensuring the public sector’s security.

According to NetApp’s website, public sector customers include the Department of Justice, school districts and national universities.

Rudnicki joined NetApp as VP in June 2020 from Virtustream, where she worked in a similar role, her LinkedIn profile shows.

The NetApp executive is a veteran of technology company IBM, where she began her professional career.

She spent more than 16 years at IBM, initially focusing on the tech giant’s storage systems designed for the federal government.

In 2006, she was promoted to the role of VP of federal systems and technology sales. In that role, Rudnicki managed profit and loss activities for IBM’s hardware and systems software business.

Throughout her nearly two-decade stint, she held several VP-level roles, latterly as head of industry solution sales for the company’s public sector business. In that role, Rudnicki led government and health care experts in transformative solutions such as cloud, analytics and mobile to deliver business value.

The industry veteran’s areas of expertise include solution architecture, vendor management, IT strategy and program management.

Rudnicki is a graduate of the University of Rochester with a bachelor’s degree in chemical engineering.