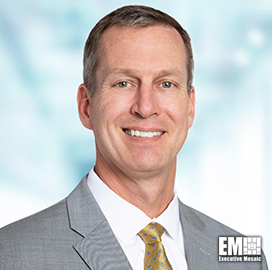 Knowles is responsible for providing strategic direction and business management of Cubic’s C4ISR and training solutions, which support the commercial and global defense markets.

His career spans more than 25 years and focuses on defense, aerospace, military and commercial training.

Knowles has served in various roles involving technical, program and executive management functions, according to his profile posted on the Cubic website.

Before leading the CMPS business, he worked as president of Cubic Global Defense, where he worked to improve operations and employee engagement, his company profile states.

Knowles became president of CGD in 2018 after spending more than four years as vice president and general manager of the business.

CGD merged with the Cubic Mission Solutions segment in 2020 and was placed under Knowles’ leadership.

The industry veteran joined San Diego, California-headquartered Cubic in 2014 from Rockwell Collins, according to his LinkedIn profile.

At Rockwell, which is now known as Collins Aerospace and operates as part of Raytheon Technologies, Knowles spent 10 years in various senior positions.

Knowles joined the private sector in 1998 after spending eight years in the U.S. Navy, where he served in a variety of roles, including as director of E-6B flight test, evaluation and systems engineering.

He is a graduate of the U.S. Naval Academy with a bachelor’s degree in aerospace engineering.