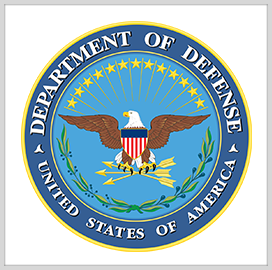 Two national security experts have called on the Department of Defense to fully commit to developing new technologies if it wants to stay ahead of adversaries like Russia and China.

In an interview with the Federal News Network, Steve Blank, a tech entrepreneur and former Defense Business Board member, raised concerns about the significant number of legacy systems still accounted for in the DOD’s acquisition plans, saying that what the department needs is an innovation doctrine, a wider sense of imagination, new processes and more urgency.

Trae Stephens, co-founder of Anduril Industries and partner at Founders Fund, added that the department is not maximizing the capabilities that the commercial sector has to offer despite its investments in multiple rapid capabilities offices like the Defense Innovation Unit, Federal News Network reported.

As an example, Stephens told the publication that the DOD would rather invest hundreds of millions of dollars to big companies such as Northrop Grumman and Lockheed Martin to develop a travel expense reimbursement software platform from scratch instead of looking for cheaper commercial-off-the-shelf options.

Stephens argued that many companies are willing to privately invest in research and development and build specialty products for the DOD if given the chance. One way to increase engagement with nontraditional companies, Stephens said, is by holding meaningful tech competitions where winners are rewarded with contracts moving forward.

Blank and Stephens also advocated for an innovation fund to help companies stay afloat as they work on prototypes. Stephens sees it as a necessity given the fact that the DoD maintains a five-year gap in between the prototype phase and the awarding of a contract and private companies follow an 18-month funding cycle.

The experts also pushed for a more serious approach to software development, adding that the DOD should focus on constantly releasing upgrades to ensure system security.