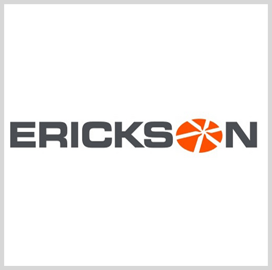 Under the terms of the contract, Erickson will provide aircraft maintenance services and support to the U.S. Navy.

Work for the contract is expected to be performed through April 2030. The contract award expands Erickson’s partnership with the Navy and Marine Corps.

Kevin Cochie, vice president of defense and national security at Erickson, expressed hope in building on the company’s depot-level work for the Navy and the Marine Corps’ H-53 fleet.

The contract award is also an opportunity for Erickson to expand its service offerings to other platforms, Cochi said.

Erickson is a global provider of aviation services based in Portland, Oregon, with operations in North America, South America, Europe, the Middle East, Africa, Asia Pacific and Australia.