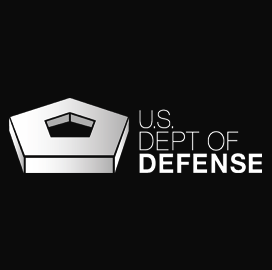 A $200 million Artificial Intelligence and Development Fund has been integrated into the 2022 defense budget to hasten the Pentagon’s adoption of cutting-edge technology for the use of combatant commands. However, lawmakers first want Defense Sec. Lloyd Austin to explain how he intends to use the money before it is released, Breaking Defense reported Thursday.

The fresh funding makes it possible to realize the Department of Defense’s AI efforts, notably the AI and Data Acceleration initiative. The effort will see teams of AI experts being sent to the military’s 11 COCOMs to help them better understand their data and create AI tools to streamline decision-making.

In a recent statement, the DOD said that it wants to use the information gathered by its AI “flyaway teams” to update its network infrastructure, remove policy barriers and “ensure the reliability and effectiveness of its global warfighting capabilities.” This is all part of a broader effort that involves the Joint Artificial Intelligence Center, which is currently developing a joint operating system for COCOMs, the Department added.

Lt. Gen. Michael Groen, JAIC’s director and a 2021 Wash100 awardee, told reporters that the envisioned AI “integration layer” will be the first of its kind for the Pentagon. Ultimately, it will help COCOMs meet their priority “information requirements to facilitate their decision-making processes,” Groen added.

The fresh $200 million funding aligns with the Artificial Intelligence and Data Initiative announced in 2021 by Deputy Defense Secretary Kathleen Hicks. During the program’s launch, she said that a key part of an AI-ready department is a strong data foundation.