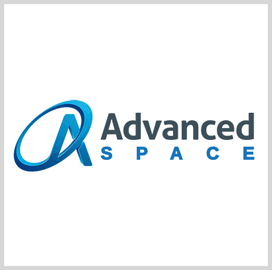 Colorado-headquartered Advance Space is in the final stages of preparations for a CubeSat mission to test a lunar orbit critical to the National Aeronautics and Space Administration‘s Artemis program, the company’s chief executive officer revealed. The Cislunar Autonomous Positioning System Technology Operations and Navigation Experiment spacecraft, which will test operations in the near-rectilinear halo orbit around the moon, is scheduled for launch sometime during spring, SpaceNews reported Tuesday.

Brad Cheetham, CEO of Advanced Space, said the CAPSTONE spacecraft is nearly ready for launch after the company’s engineers successfully put together all the hardware and are preparing them for testing.

This mission involves the use of a rapid and low-cost small pathfinder spacecraft. It seeks to leverage a highly efficient transfer to the moon and demonstrate a proprietary peer-to-peer navigation capability in the Cislunar Autonomous Positioning System, Advanced Space said on its website.

The company said it has performed an extensive study of ballistic lunar transfer trajectories from Earth launch to insertion into an NRHO. BLTs have favorable properties for uncrewed launches to orbits in the vicinity of the moon. The main advantage of BLTs is that more mass can be delivered to an NRHO or any other cislunar orbit, it was explained.

Cheetham recently told participants of the 24th Annual Federal Aviation Administration Commercial Space Transportation Conference that his company has completed the fourth in a series of operational readiness tests for CAPSTONE, simulating a week of operations in lunar orbit. That included tests of one aspect of the mission, crosslinks with the Lunar Reconnaissance Orbiter spacecraft to determine its position without the assistance of ground stations, he explained.