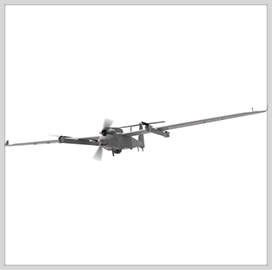 The U.S. Army has awarded unmanned vehicle manufacturer AeroVironment an other transaction agreement award for the first increment of the Future Tactical Unmanned Aircraft System program.

Under the OTA, AeroVironment will test and deliver one JUMP 20 medium UAS to an army brigade combat team. The company will also provide associated services, training and support.

JUMP 20 is a fixed-winged UAS that can be deployed to support military forces. The UAS features vertical take-off and landing, over 14 hours of flight time, a standard operational range of 115 miles and the ability to be deployed without a runway, AeroVironment said.

The UAS can be deployed in less than an hour and without the need for dedicated launch and recovery equipment, has a usable payload capacity of up to 30 pounds and features a common autopilot and ground control system that can be customized to meet different needs.

Gorik Hossepian, vice president and MUAS product line manager at AeroVironment, said the OTA will see the Army test JUMP 20 as they seek a replacement for the RQ-7B Shadow. The Shadow, manufactured by AAI Corp., can detect targets up to 77 miles away and is deployed to any location from C-130 Hercules aircraft.

AeroVironment offers UAS, unmanned ground vehicles, network connectivity, missile systems and payloads, and high-altitude pseudo-satellites. It is headquartered in Arlington, Virginia, and has offices across the U.S.