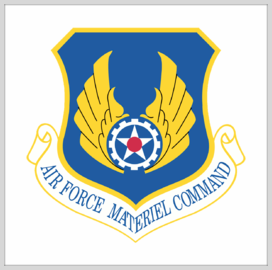 The Air Force Materiel Command said it has been designated the servicing major command for the U.S. Space Force.

“We’re all in to ensure the success of the space mission and the airmen assigned to the U.S. Space Force,” said AFMC Commander Gen. Arnold Bunch Jr.

Space Force guardians will not be affected by the change as they will have their own dedicated field commands for professional development and functional-specific support.

As a nascent military branch, the Space Force currently relies on the Air Force for infrastructure, logistics, security, medical services and a range of other mission-related capabilities. The Space Force hopes to achieve initial operating capability this fall and full operational capability in fall 2022.

According to AFMC, the two military branches previously signed a memorandum of understanding providing a strategic overview of what support the Air Force provides to the Space Force.

They also created a programming plan for what functional support AFMC will provide to airmen supporting Space Force installations and missions.