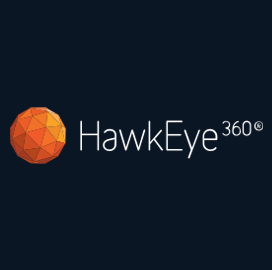 Under the contract, HawkEye 360 will offer personnel, tools and other required resources to support data collection, ingestion and analysis. The company will also join military exercises and introduce new capabilities that would help personnel improve operations. One of the exercises that HawkEye 360 will participate in is Rim of the Pacific 2022, a three-month-long activity in Hawaii that will include personnel from over 20 countries. The contract was awarded through an experimental purpose agreement, SpaceNews reported Tuesday.

Charlene Jacka, a technical program manager at AFRL, said the Department of Defense is always looking for commercial ISR capabilities to integrate into the Air Force and Space Force. According to Jacka, the contract with HawkEye 360 could support the Pentagon’s hybrid satellite ISR architecture and come up with new techniques to enable further utility assessments.

The Herndon, Virginia-based geospatial analytics company has a nine-satellite constellation that detects and locates RF signals from a wide range of emitters, from very-high-frequency radios to L-band satellite devices and emergency beacons. It raised around $145 million from its RF data reconnaissance business in November and secured $5 million from a Series D funding round from defense contractor Leidos.