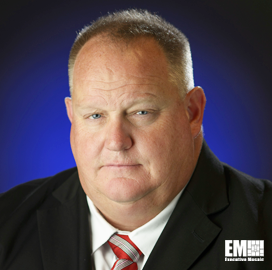 Speaking before members of the House Science Subcommittee on Space and Aeronautics, Gibbs said that 82 percent of NASA facilities have exceeded their original designed life.

While a concrete plan to address the problem has yet to be worked out, Rep. Eddie Bernice Johnson acknowledged that NASA should be included in the wider effort to fund federal research and development infrastructure, FedScoop reported Thursday.

Meanwhile, Rep. Brian Babin suggested NASA formalize funding requests for infrastructure needs instead of putting them in an “off-budget wishlist.”

NASA Administrator Bill Nelson estimates that the agency needs more than $5.4 billion for its infrastructure requirements.

Some of NASA’s top priorities are the new robotics lab within the Jet Propulsion Laboratory, which supports the Mars exploration mission, and the Johnson Space Center’s Health and Human Performance Laboratory. The space agency still needs to build a new facility for processing samples collected by astronauts from Mars.

According to Gibbs, annual maintenance presents a big problem for NASA, potentially jeopardizing lunar missions and efforts to understand the impacts of climate change.

Deferred maintenance has been a longstanding issue for NASA, with a government watchdog listing it as one of the agency’s biggest management and performance challenges in 2019.

According to a 2019 report published by the Office of the Inspector General, unscheduled maintenance resulted in a threefold increase in equipment repair cost.